When you think of oil, you might imagine petrol or diesel for a car, but do you know that oil has so many more uses than fuel for transport, most of which might just surprise you?

THE RIGHT KIND OF OIL

Before we start to use oil in all sorts of weird and wonderful ways, it needs to be separated (or refined) into the right kind of oil for what we want to use it for.

This image shows what happens when crude oil that has been taken from the ground, is heated.

So as the diagram above shows, the tank is cooler at the top, gradually getting hotter and hotter nearer the bottom. The bottom of the tank is where the heaviest chemicals are separated.

As you can see, there are several kinds of oil that you might have heard of; diesel and petrol are used for transport; butane and propane are mainly for household use such as burning for heating spaces, water and food; and asphalt for paving roads.

It’s the heavy lubricating oil, paraffin wax chemicals and other petroleum by-products that produce the most surprising results…

SO WHAT DOES IT MAKE?

Now that it’s clear that crude oil can be separated into different kinds of oil, it might make it a little easier to understand how it is used to make the following items.

Hover over the interactive graphic below to learn more about the products and things we do at home thanks to oil and gas. 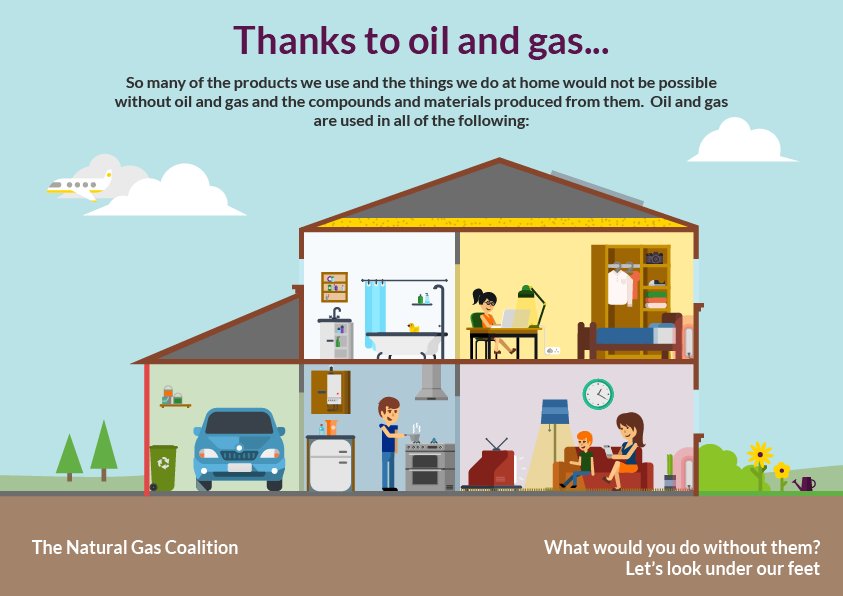 You may be surprised to know how many everyday items are created from fossil fuels. Find out more with an interactive resource from the My Oil and Gas Career website highlighting Lily and Jack’s oil and gas journey.