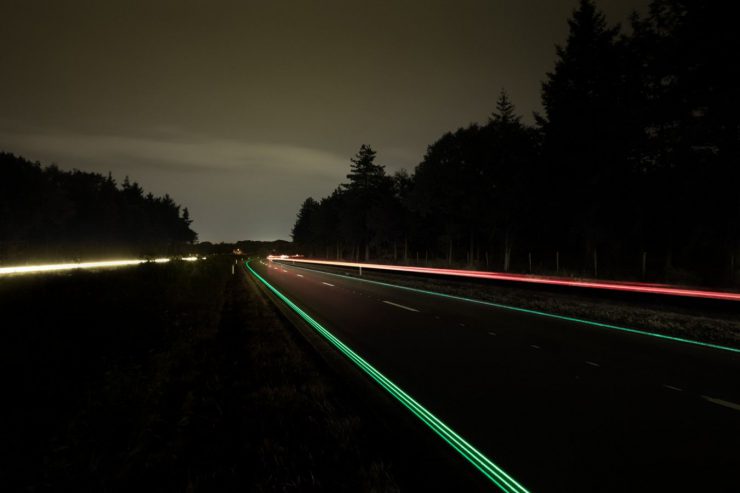 Could solar roads efficiently and safely capture energy from the Sun? The amount of sunlight that hits the surface of the earth is huge. The possibilities of what we could use that amount of solar energy for are even bigger!

Researchers, scientists and analysts are looking at ways we can efficiently capture and store the amount of light and heat the sun can give.

One idea that has captured the public’s imagination is solar roads. This involves replacing the tarmac and paving slabs that roads and pavements are currently made from with solar panels to capture all of the sunlight that falls on them. This could then provide electricity to power homes, businesses, and street lighting.

These panels could also have built in LEDs and heating elements to display road markings and messages, as well as to melt snow and ice while running from the electricity they generate themselves.

Test roads have been built in several countries (France, Netherlands, China, USA) all with slightly different systems. Unfortunately, so far none have been successful in producing electricity and providing a safe road surface.

Sadly, with our current technology solar roads aren’t a good option for generating electricity. But it is important to explore ideas like this because we never know what kind of innovations and new technologies they might lead to.

So while it doesn’t look like well all be walking or driving around on solar roads any time soon there are a few other places we are likely to see solar panels appearing;

BLAME IT ON THE MOONLIGHT

When designing new technologies it’s also important to think about how they look and how people will interact with them. Designer, Daan Roosegaarde, looked at the artier side of solar powered roadways (Smart Highway).

He created a footpath with a design based on Starry Night to mark the 150th anniversary of the death of Vincent Van Gogh.

The footpath is made of glowing stones which charge during the day and shine at night.

Even if these ideas never see the light of day (sorry…), it’s interesting to see the innovation that could happen when you try new ideas, as well as mixing design, art, technology and science.

Who knows what other products could come out of the ideas shown here!