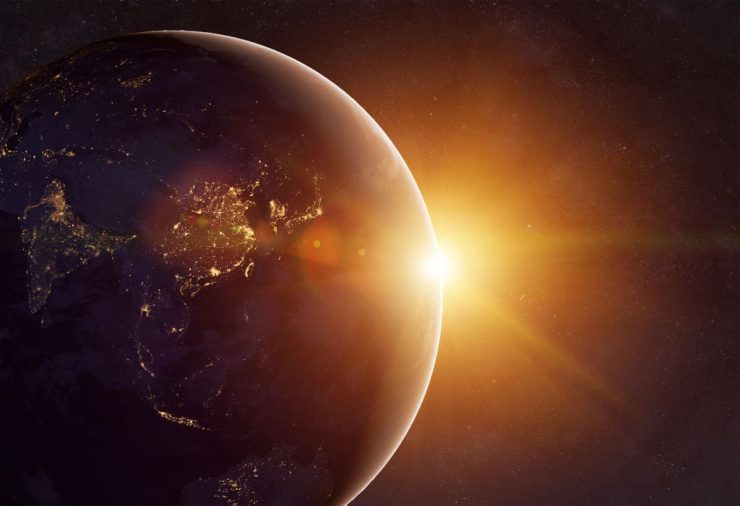 Nuclear fusion is a reaction in which two or more atomic nuclei collide and join, forming a new nucleus.

There are currently only two types of fusion “fuels” that can be used in nuclear fusion, due to the technology available today; these are deuterium and tritium.

When the deuterium and tritium are hot enough their nuclei can fuse. However, because cores of atoms tend to repel each other, they need a helping hand in order to fuse.

This helping hand comes in the form of extremely high temperatures (about 100 million degrees Celsius, that’s 10x hotter than the Sun!) as well as high pressure.

Under these special conditions, the atoms are hot enough to fuse.

At these temperatures, the fuel is no longer a solid, liquid or gas – it becomes plasma.

Plasma is a high-energy state of matter in which all the electrons are stripped from atoms and move freely about.

This reaction releases tremendous amounts of heat energy as well as producing a bigger nucleus of the element helium and a loose neutron, as the diagram above demonstrates.

The most efficient shape for the magnetically confined plasma is a doughnut shape. A reactor of this shape is called a tokamak.

Powerful electromagnets create a magnetic ‘cage’ to hold and shape the hot plasma ensuring it does not touch any surfaces.

The heat from the fusion reaction is used to produce steam to turn a turbine which runs a generator and produces electricity.

An international fusion reactor project in France called ITER is hoping to deliver ten times the power it will consume.

Why is fusion power so attractive?

Although fusion power is non-renewable, there is a large supply of the fuel and it has the potential to satisfy the world’s energy needs for a long time into the future.

This low-carbon supply of electricity would help combat climate change by reducing our reliance on C02 emitting fossil fuels. The nuclear waste it would produce would be very small, and would not be radioactive for very long (around 50-100 years).

What is the future role of fusion power?

Up until now, fusion reactors have used more power than they produce, with high start-up costs. If the experimental stage goes well, it is hoped a fusion reactor could be supplying energy to the grid as early as 2050.

Fusion reactors require the complex integration of many systems to create and control the plasma and new materials need to be found that can withstand the bombardment of neutrons.