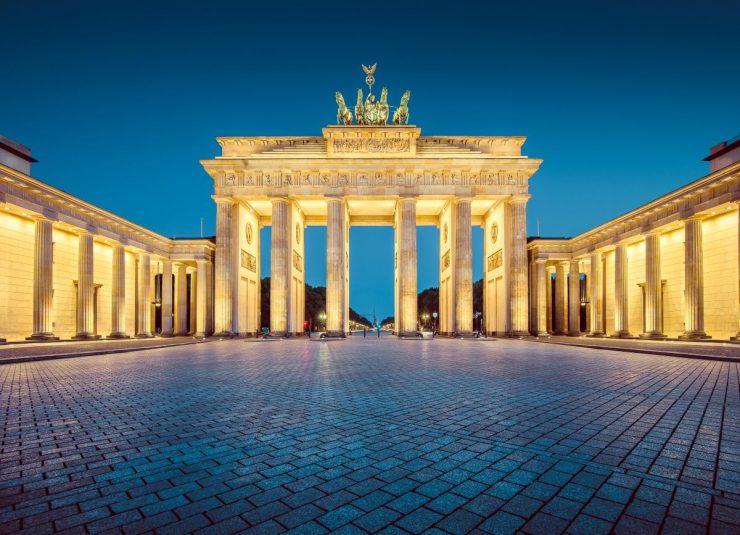 Germany is the biggest consumer of energy in Europe. It’s no wonder then, that they are looking at ways to revolutionise their energy mix. In fact, that’s exactly what they’re doing!

The country is in the middle of their Energiewende, or “energy revolution”, but it’s better known as energy transition.

The three main goals Germany wants to reach with this transition, are: to increase the use of renewables in their energy mix, to use less energy and produce less emissions, and finally, to close their 3 remaining nuclear power stations by 2022.

Despite using the most amount of energy in all of Europe, Germany relies heavily on other countries for the majority of its energy sources. For example, Russia provide Germany with 80-90% of the oil, gas and coal they use, and some of the uranium they need for their nuclear power stations.

Relying on other countries for two-thirds of your energy supply is not very secure. This is where the Energiewende comes in.

By adding more renewables to their energy mix, Germany will be able to increase their energy security, as they will be generating their own energy, rather than depending on other countries.

Many citizens are not happy with the potential risks involved in nuclear technology, including safety and the disposal of nuclear waste; this is despite Germany having no nuclear incidents in the time it has been using it as an energy source.

If Germany wants to be able to depend on solar and wind power for the majority of its energy generation, then they’ll need storage and a flexible source of energy, such as gas, to make sure everyone has access to power when needed.

It’s lucky then, that Germany is already ahead in hydrogen storage, which is good for security of supply.

As for gas as a flexible back up energy source to compliment the use of renewables, it is estimated that Germany has enough shale gas to meet the amount of energy the country uses in a year multiplied by 20! However, Germany introduced a ban on hydraulic fracturing (or fracking) until at least 2021 and that ban has remained in force. So it’s likely that the country will need to keep importing large amounts of natural gas.

Switching to a fully renewable energy mix will take time and money, and in Germany, it’s the consumers who are paying a higher price for their electricity and energy.

Germany offers subsidies to energy companies so that they can do research and development into new technologies and other activities that could improve how we generate and use energy in the future. But the money still has to come from somewhere, which means higher prices for consumers.

Despite having to pay high energy prices (the 2nd highest prices in all of the EU, with Denmark paying the most), Germany is keen to make sure consumers are a priority. And renewables have priority over other energy sources such as fossil fuels.

Wind and solar power are extremely popular in Germany, and because of this energy can be locally generated across the country. This means that consumers can generate their own wind and solar power instead of relying on larger companies.

Lowering emissions and becoming more energy efficient is one of Germany’s main goals with their energy transition.

However, things got off to a rocky start after the country shut down 8 of their oldest nuclear power stations after the Fukushima incident in Japan in 2011, with the rest of the 17 power stations due to close by 2022.

Without this nuclear energy as a baseload, the country had to return to using lignite, a type of coal that Germany has a large supply of. The use of coal over cleaner nuclear energy meant their emissions went back up again.

Until the country starts to swap out coal for natural gas, alongside their fast-growing renewables, then meeting the goal of lower greenhouse gas emissions will be tricky to do.

However, the country is putting a lot of faith into their booming wind and solar industries, as well as hoping biomass will become a large part of their energy mix.

Biomass is a popular energy source, as it can be used in all three main energy applications: electricity, heating and fuel for transport and manufacturing. But to be sustainable, trees and crops must be replanted so that food growth and farming is not affected.

Solar power doing well in Germany is quite surprising, as the country is not a particularly sunny place! However, solar panels don’t always need bright sunlight to work. Germany has the highest installed capacity for solar panels in the world!

Germany was also the first country to introduce feed-in tariffs for renewable energy, a policy that many countries, including the UK, have copied. This means that people that invest in renewable technologies and energy, receive money for any energy they do not use that can be put back into the grid, either for other people to use or to be stored at a later time.

New build homes are also expected to get a share of their heat from renewable energy, such as biomass, while old building owners will get support for changing their homes to be more environmentally friendly.

Find out how Sweden fares compared to other countries when it comes to energy security, accessibility, and sustainability.